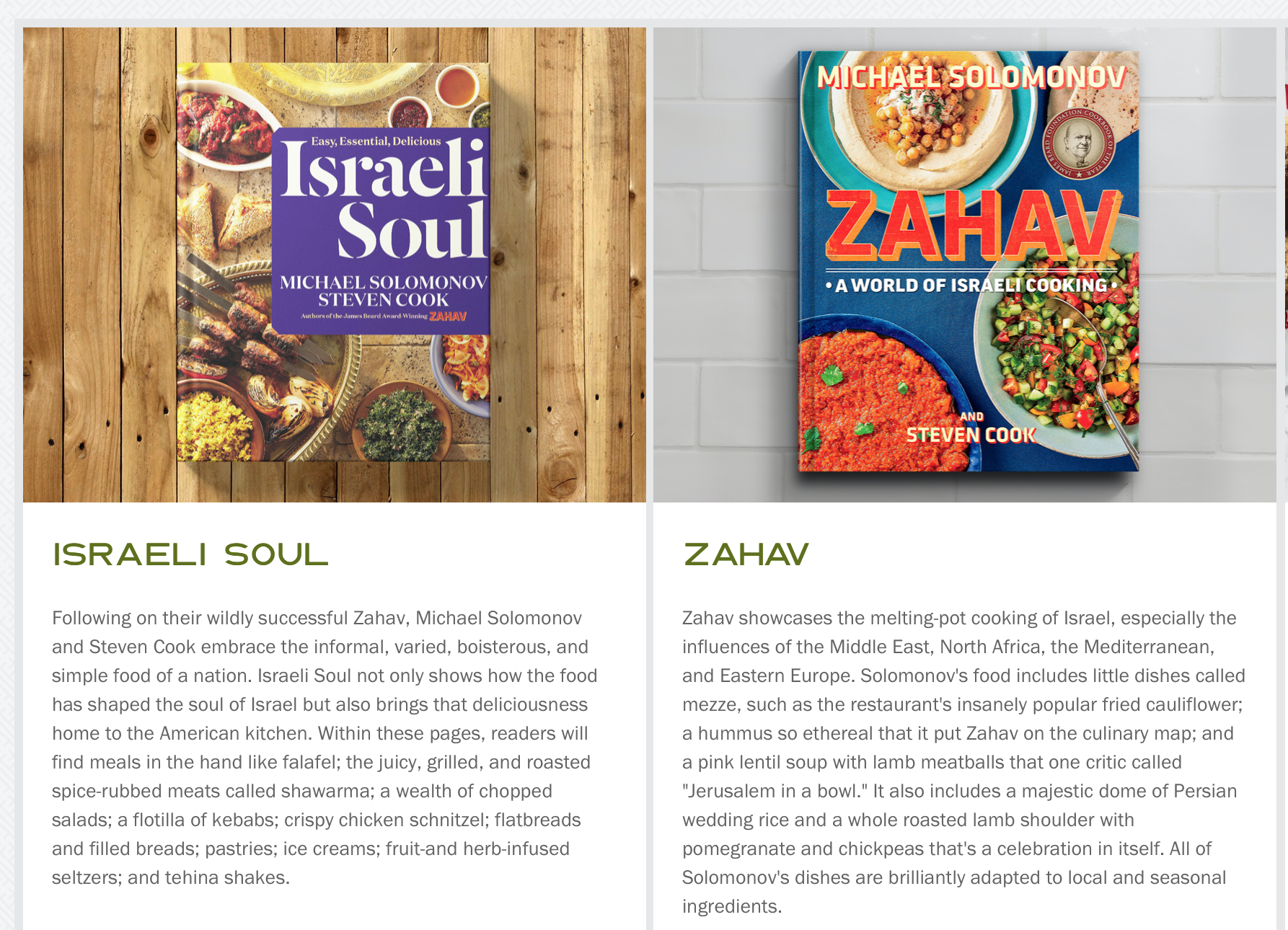 What We Have Cooked / Our Recommendations:  We have made Zahav's infamous Hummus Tehina, and loved  Every.  Single.  Thing.  About.  It.  We can also say that his Schug makes everything we have put it on taste better, and feel it's a Most Excellent Condiment.  The Crispy Haloumi Cheese with Dates, Walnuts, and Apples is also an amazing dish that we feel everyone should try!

Michael Solomonov was born in Israel to an Israeli/Bulgarian father and an American mother, but raised in Philly from a young age. He spent three semesters snowboarding at the University of Vermont, dropped out and went back to Israel where he fell in love with not only the food of his native country, but with All Things Food.   Eventually back in the States, he was initially cooking Italian food in a Philadelphia restaurant when he got the call telling him that his brother David had been killed while serving in the Israeli army.  Returning to Israel for David's funeral, Solomonov had en epiphany -- he shouldn't be cooking Italian food, he should be cooking authentic Israeli food, and so the idea for Zahav was born.   After an initial struggle in 2008 to get it off the ground, Zahav now has a cult-like following, and a coterie of four other Philly-based restaurants to keep it company.  The Zahav cookbook was published in 2015, and Israeli Soul came along in 2018.  While the recipes can have long spice lists and specific instructions, the end results more than justify rounding up all the ingredients and paying attention - and your taste buds will thank you in the end!