Nom Nom Paleo & Ready Or Not! 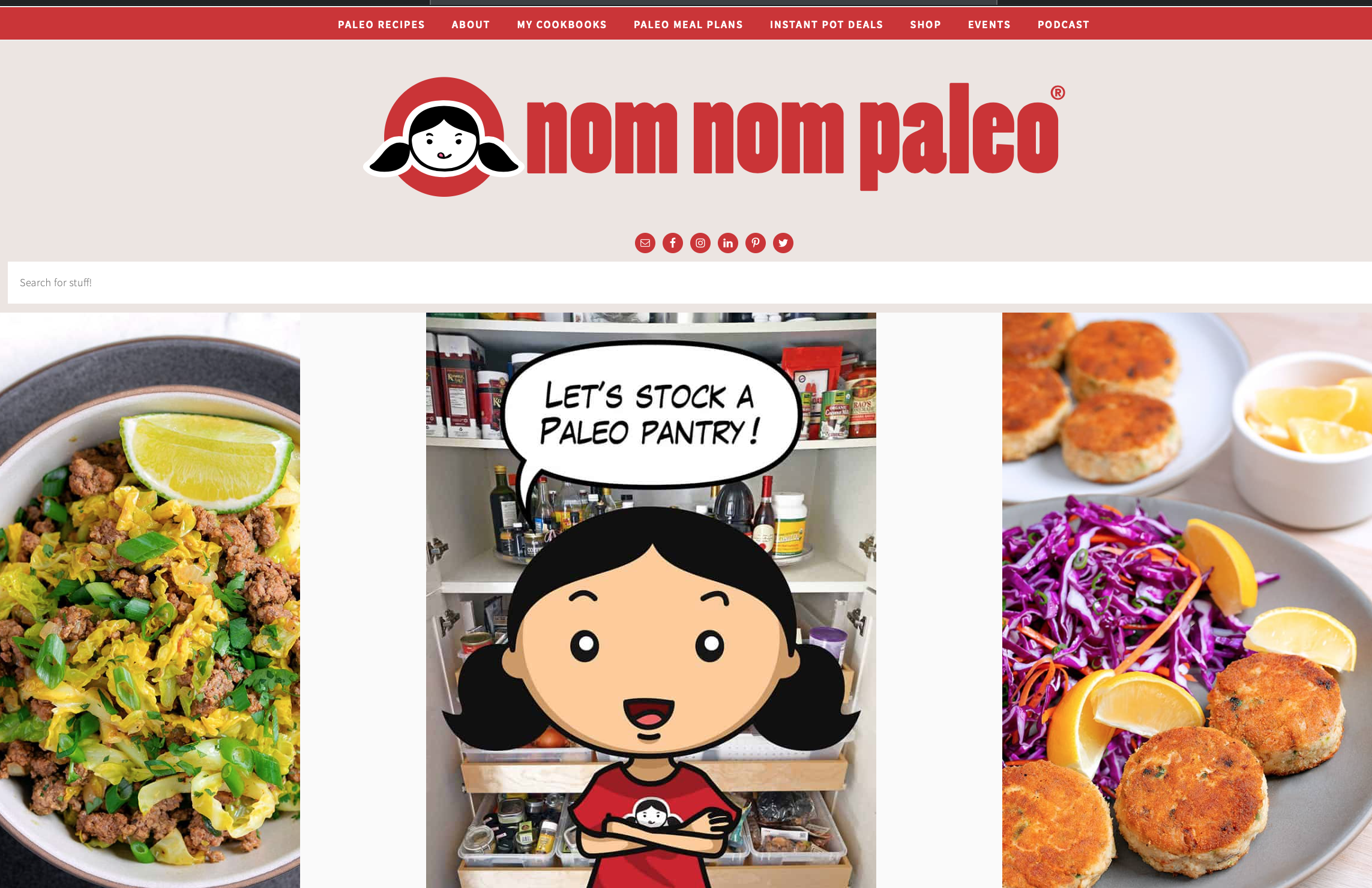 What We Have Cooked / Our Recommendations:   We have made many Nom Nom Paleo recipes, and can speak to her serious recipe-creation skill!  Some of our favorites are the Sweet Potato & Cashew Dip, her Wonton Meatballs, and Ollie's Cracklin' Chicken.

The Nom Nom Paleo cookbooks started off like so many others have -- as Michelle Tam's personal blog where she started keeping track of the paleo-focused meals that she was making for herself, her husband, Henry Fong, and their two boys.  Her often Asian-inspired meals cut out all grains, legumes, sugars, alcohols, and processed food items - and instead focus on healthy proteins and lots of fresh vegetables.  She loves to pack-in the spices and flavors, and uses a variety of cooking methods (slow-cooking, instant pot, braising, pan-frying) to bring out flavors and textures to their best.  Her first cookbook, Nom Nom Paleo: Food for Humans, which we have in our collection, proved so popular that she eventually came out with a second - Ready Or Not! - which we also purchased to add to our collection when it became available.  Her website is packed full of recipes, tips, shopping lists, and more - and she also has other digital options for fans such as an iPad/iPhone app and a frequently-updated podcast.