This guide discusses how information on an event is produced and disseminated and how it changes over time. Understanding the Information Cycle is crucial for your research.

What is the Information Cycle?

The term 'Information Cycle' refers to the way that information is produced and distributed and how it changes over time. It describes the progression of media coverage relating to a particular newsworthy event or topic.

Understanding how the information cycle works will help you to know what kinds of information may be available on your topic as you locate and evaluate research sources.

The progression of the information cycle is directly connected to the amount of time AFTER an event has happened: 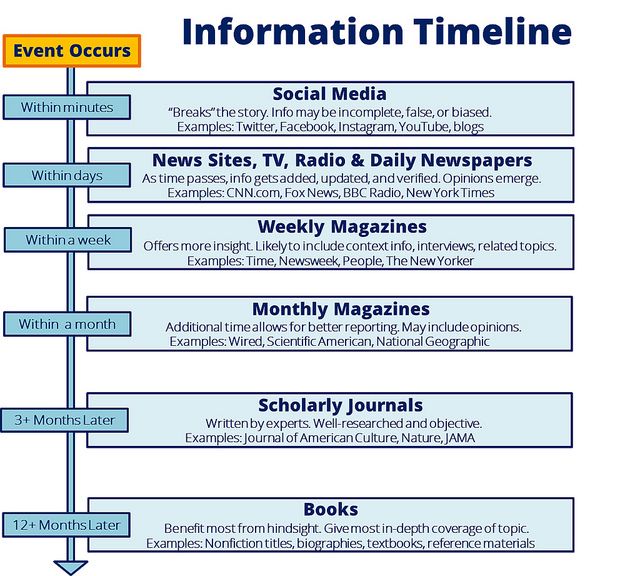 The Information Cycle (in 2 Minutes, 34 Seconds)

What is a Scholarly Article (in 3 Minutes, 9 Seconds)