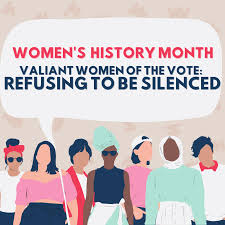 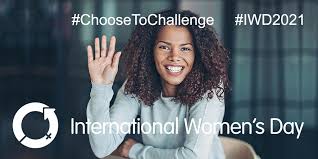 International Women's Day first emerged from the activities of labor movements at the turn of the 20th century in North America and across Europe. The first National Woman's Day was observed in the United States on February 28, 1909 in New York. The day was designated to honor the 1908 garment workers' strike in New York, where women protested against working conditions. The concept of a “woman’s day” caught on in Europe. The first International Woman’s Day was held on March 19, 1911, drawing more than 1 million people to rallies worldwide.  In 1975, recognized as International Women’s Year, the United Nations General Assembly began celebrating March 8 as International Women’s Day. By 2014, it was celebrated in more than 100 countries, and had been made an official holiday in more than 25.  The theme for International Women's Day 2021 is #ChooseToChallenge.  A challenged world is an alert world. Individually, we're all responsible for our own thoughts and actions - all day, every day. We can all choose to challenge and call out gender bias and inequality. We can all choose to seek out and celebrate women's achievements. Collectively, we can all help create an inclusive world.