Find out a bit about Delmarva's Native American history.

Maryland at a Glance, Native Americans 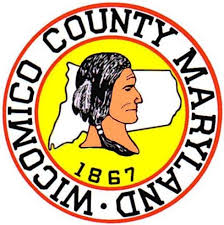 The first American Indian Day was celebrated in May 1916 in New York. The event culminated an effort by Red Fox James, a member of the Blackfeet Nation who rode across the nation on horseback seeking approval from 24 state governments to have a day to honor American Indians. In 1990, more than seven decades later, then-President George H.W. Bush signed a joint congressional resolution designating the month of November “National American Indian Heritage Month.” Similar proclamations have been issued every year since 1994 to recognize what is now called “American Indian and Alaska Native Heritage Month.” This Facts for Features presents statistics for American Indians and Alaska Natives, one of the six major race categories defined by the U.S. Office of Management and Budget.

The following facts are possible thanks to responses to the U.S. Census Bureau’s surveys. We appreciate the public’s cooperation as we continuously measure America’s people, places and economy.

7.1 Million
The nation's American Indian and Alaska Native population alone or in combination with other race groups in 2020. Source: Vintage 2020 Population Estimates

10.1 Million
The projected American Indian and Alaska Native population alone or in combination with other race groups on July 1, 2060. They would constitute 2.5% of the total population. Source: 2017 National Population Projections

574
The number of federally recognized Indian tribes in 2020. Source: Bureau of Indian Affairs, 2020

142,972
The number of single-race American Indian and Alaska Native veterans of the U.S. armed forces in 2019. Source: 2019 American Community Survey

See a detailed profile of the American Indian and Alaska Native population alone or in combination with one or more other races from the 2019 American Community Survey. Statistics include:

The Invention of Thanksgiving

An interview with curator Paul Chaat Smith (Comanche), from the Smithsonian's National Museum of the American Indian exhibition "Americans."