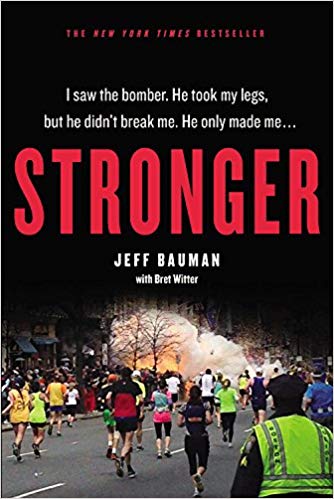 This book is sure to inspire you regardless of who you are and where you live. You may have already seen the movie featuring Jake Gyllenhaal, but in my honest opinion, the books are always better because they provide more detail. In Stronger, Jeff Bauman documents his life before, during, and after the Boston Marathon bombing in April 2013. Before this tragic event, he was just an ordinary twenty-seven-year-old who worked at Costco and enjoyed having a good time with his friends. On the day of the marathon, he was cheering on his girlfriend, Erin, when he made direct eye contact with one of the bombers. He knew that something wasn’t quite right with the guy, but unfortunately, he did not have enough time to react. The bomb went off seconds later and destroyed his lower legs. With the help of selfless others around him, he was rushed to the hospital and had emergency surgery. When he awoke, he found that his legs ended above where his knees should have been, but he still remembered everything that happened. He wrote something like, “Saw the guy. Looked right at me,” which helped police and numerous investigators start their search for the guys that took three lives and injured several others. Luckily, Jeff was supported throughout his journey by his many family members, his girlfriend, fellow survivors in the hospital, and people around the globe. Even though he was always in pain, he pushed through physical therapy day after day with one goal in mind: to walk with his prosthetic legs before the 2014 Boston Marathon.

His story is a reminder to all of us that even through the darkest times, there is still more good in the world than bad.

Like Jeff, we should never give up on what we want in life even if we’ve had a major setback. Every day is a new day and we need to appreciate what we have instead of what we don’t have.