Reviewed by Sharon A. 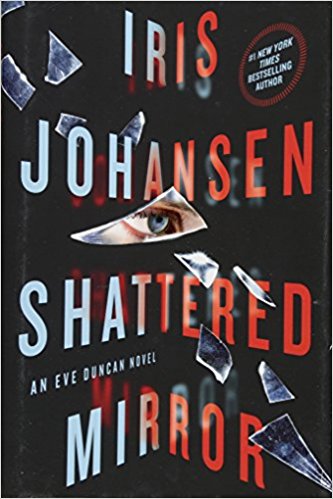 Iris Johansen's Eve Duncan books are a very intriguing series. While basically mysteries, there are elements of magic, psychic forces, and other unexplainable manifestations sprinkled throughout the novels. Shattered Mirror is the 23rd book in this series. One interesting fact is that the actions in this book take place 6 years after the last book ended. This is very obvious as Eve gave birth to a son in her last book, and at the outset of Shattered Mirror, he is six years old.

There is plenty of forensic reconstruction ( a staple of all Eve Duncan novels), danger, intrigue, criminal activity, and close calls in this book! It certainly keeps one involved and captivated until the successful conclusion is reached.

Eve Duncan has a very unusual extended family. At the core of the group are Eve, her husband Joe, and son Michael. Then there is "adopted" ward Cara and her friend/protector, Jock. Throw in Cara's grandfather, Kaskov, a notorious criminal, and Cara's music conservatory roommate Darcy, and there is plenty of fodder for multiple storylines and plot twists. One of those twists that manifests in this book is the fact that Cara is growing up. She is no longer a little girl and the emotional tension between her and her "best friend" Jock is definitely heating up and moving in a new, more mature direction. As with any mystery, too much discussion of the plot can reveal too much about the mystery itself, and thus ruin the story for the uninitiated. Suffice it to say there is a skull, multiple murders, a swamp infested with alligators, bombs, suicide vests, and a kidnapping. I highly recommend Shattered Mirror as a worthwhile addition to the Eve Duncan mystery series.