A Novel Idea!: Girl on a Train

Girl on a Train

Review by Patricia B. 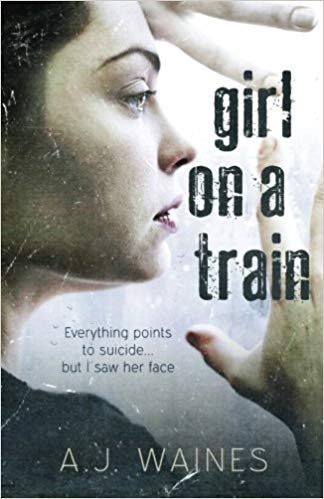 I chose this book (published 2013) because I read an article about this novel coming into popularity because people were choosing it by accident, instead of The Girl on the Train by Paula Hawkins (published 2015). This is the article I read, but there a several articles on the web about readers confusing these two novels. https://www.mhpbooks.com/readers-who-thought-they-were-buying-the-girl-on-the-train-make-girl-on-a-train-a-surprise-hit/ Here is another article from the web about readers confusing the two novels. https://www.npr.org/2015/12/26/461022621/a-tale-of-two-titles-a-girl-a-train-and-thousands-of-confused-readers I know a lot of people like the novel by Paula Hawkins, it was very popular and made into a movie. But I really didn't care for it. It was complicated to read and by the end I really didn't care about the characters at all. This novel I really enjoyed. The main character Anna Rothman meets a girl on a train, Elly Swift. The girl is killed on the train tracks, and the police think it is suicide, Anna is not convinced and begins to suspect murder. Mysteriously Elly leaves a locket in Anna's bag, and this locket takes Anna to Elly's family. Anna becomes involved with the girls family and finds out that Ellys story intertwines with Anna and with the death of her husband, by suicide. Anna has not fully recovered since he died five years earlier and as the novel progresses we learn of some secrets in their marriage and we realize that he may not of committed suicide!! Anna embarks on a crusade to track down Elly's and her husbands killer.