A Bend In the Road 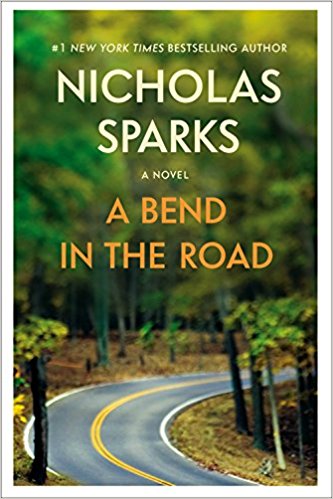 It may be one of Nicholas Sparks’ few books that have not been adapted into a movie, but A Bend in the Road is still great nonetheless. It grabs your attention immediately in the prologue because it is written in italics by a mystery speaker; somehow, this person is going to recall a story between Miles Ryan and Sarah Andrews, and somehow, they also play a role in all that happened. Once you get into the story itself, it is written in third person. Miles Ryan is a deputy sheriff in New Bern, North Carolina and has a son named Jonah. Both of their lives changed forever when their wife and mother was killed in a tragic hit-and-run accident two years ago. Regardless of how much Miles and the rest of the department investigated the accident, they could not find out who would hit a wonderful woman like Missy Ryan and then run from it. The secret eats away at Miles for those two years until he meets Sarah Andrews, Jonah’s second grade teacher, who is also recovering from a difficult past. They start spending a lot of time together until they finally realize that they are bound together by this secret. Throughout the novel, the narrator of the prologue returns and writes very short chapters (in italics) that intertwine between the past and the present. The voice makes you not want to put the book down because you want to find out who it is and why they know all this information. The answer, in the end, will shock you; all the ideas in my head were completely wrong and it was not until it was revealed that everything made sense. Sparks is a literary genius that knows how to tug at our heartstrings and throw in twists and turns that leave us wanting more.