Letters to the Editor

c. An article or report describing the social, political, or cultural aspects of a particular situation or place, esp. one by a journalist or correspondent in another country. Chiefly with from, and in titles and headings.In early use not clearly distinguished from sense 4a.

1588    J. Udall State Church of Eng. sig. F2v   We receiued letters from England, that there were verie hard lawes made this last Parliament against the Catholiks.
1666    London Gaz. No. 27/1   Letters from Amsterdam of the fourth of this month, inform us that the Bishops forces have taken a Castle.
1782    J. H. St. J. de Crèvecoeur (title)    Letters from an American Farmer; describing certain provincial situations, manners, and customs, not generally known; and conveying some idea of the late and present interior circumstances of the British colonies in North America.
1808    R. Southey Select. from Lett. (1856) II. 131   I am in want of the ‘Annual Letters from Paraguay’.
1874    ‘G. Eliot’ Let. 7 Jan. (1955) VI. 4   The Parisian letter is nicely done... The single paragraph on the pressure of radiation is worth more than the price of the paper.
1913    W. J. Locke Stella Maris v. 52   He was..the contributor..of a weekly London Letter to an American syndicate.
1955    Radio Times 25 Apr. 16/3   Letter from America, by Alistair Cooke.
1966    K. Martin Father Figures ix. 173   Dore was an excellent lobby correspondent, who for many years had written paragraphs about Parliament, mainly for the London Letter.
2007    D. M. Seekins Burma & Japan since 1940 (2008) 110   After Daw Suu Kyi's release from house arrest in July 1995, the Mainichi Shimbun published her weekly ‘Letter from Burma’ in Japanese translation.

Starting from here, we're going to add in a few more search sites so that you search all of our newspaper databases all at once.

Once the ProQuest database has been opened, choose the Change Databases option.

From there, check off all of the Newspaper databases that we have paid to access: 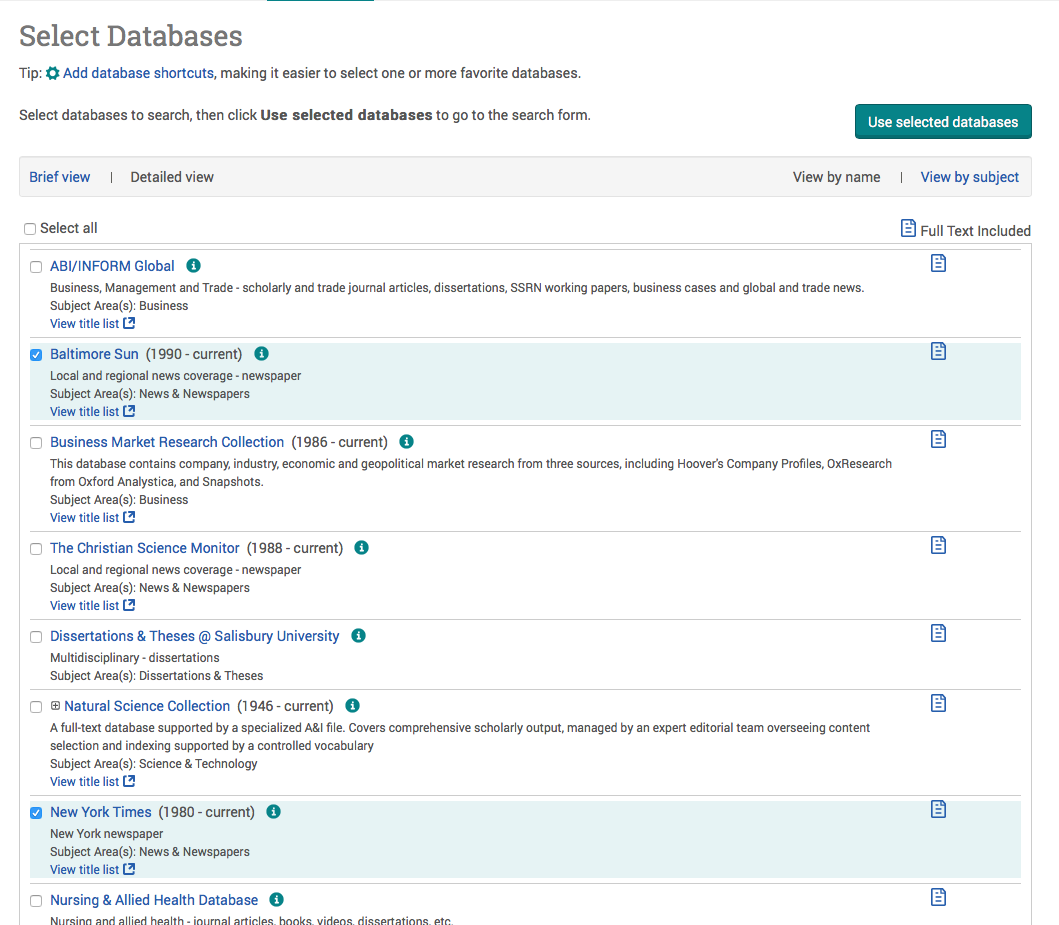 link to begin your search.  You will see that towards the bottom of the search screen you have the ability to search by specific Document type - including Letters To The Editor... 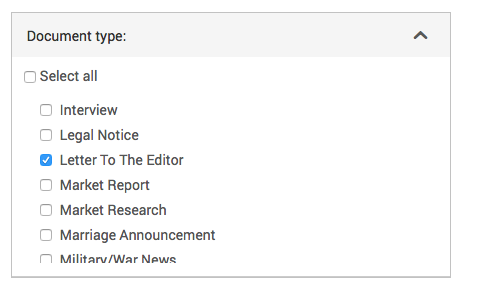