How to Generate Keywords 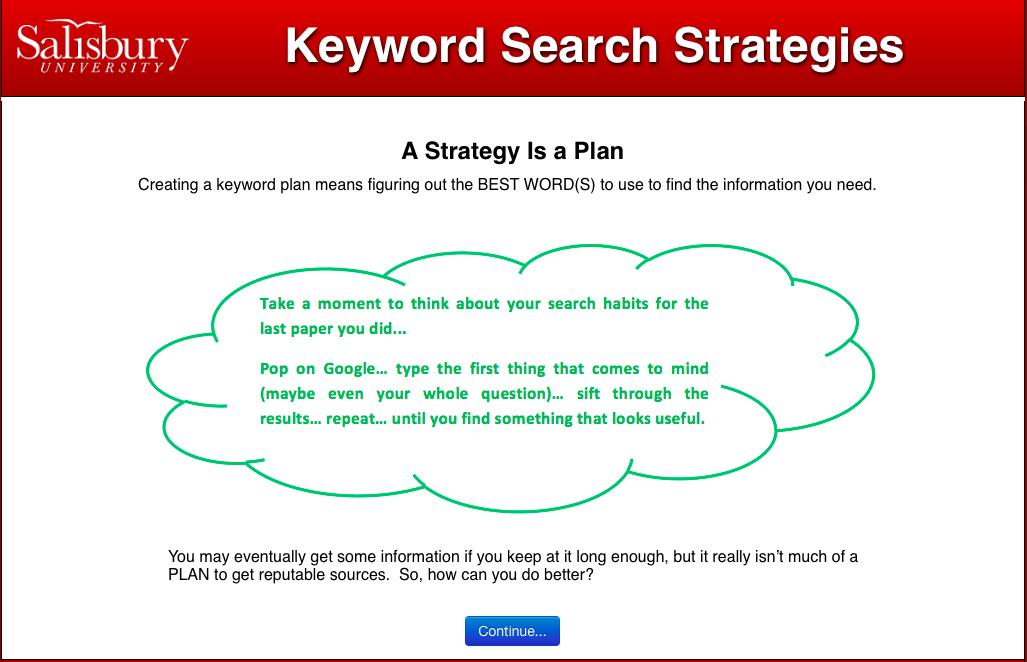 Help Generating Keywords (a PDF) worksheet for you to fill in!

"A hypothesis is a logical supposition, a reasonable guess, an educated conjecture. It provides a tentative explanation for a phenomenon under investigation." (Leedy and Ormrod, 2001).

So, you know what it is that you want to search, but how do you take that long jumble of ideas and questions and distill them down into a single, clear hypothesis?

It is going to seem very very simplistic, but walking through the three steps below can make a discernable difference in the clarity of what you find yourself asking/stating in your hypothesis.

1.  The first step is to first take what you are pondering and simply spell it out as a basic, ordinary question:

Example:  does the water temperature that a jellyfish larvae hatches in effect the development of that jellyfish?

2.  Next, after you have your idea put down in the form of a question, you need to turn it into what is called a "conditional statement".  A statement that re-phrases your question as a certainty:

Example:  jellyfish development is effected by the water temperature in which a jellyfish larvae hatches.

3.  Lastly, you need to take your conditional statement and with it create an if/then statement:

...........and now what do we have?  We have a perfectly respectable hypothesis that we can use as a basis for our annotated bibliography research assignment!

Now that I have a useful hypothesis, I can pull out keywords as the next step before I start actually researching what it is that I need to find.